Our alliance with Courage for Freedom began at the 2018 BPW Ontario Conference when the organization was introduced to Kelly Franklin Executive Director of Farmtown Canada and Courage for Freedom. From that point, began the work of setting up the sex trafficking awareness campaign, Project ON route. Heather Ellis, BPW Ontario First Vice-President and BPW Ontario Resolutions/By-Laws Chair, was appointed a Project Chair.

The awareness campaign engaged Ontarians using the 400 series highway ONroute Service Centres by providing over 2 million media awareness impressions at all 20 Centres across Ontario during the month of July 2019. In 2020 the campaign will expand across the Nation and rebranded Project Maple Leaf. 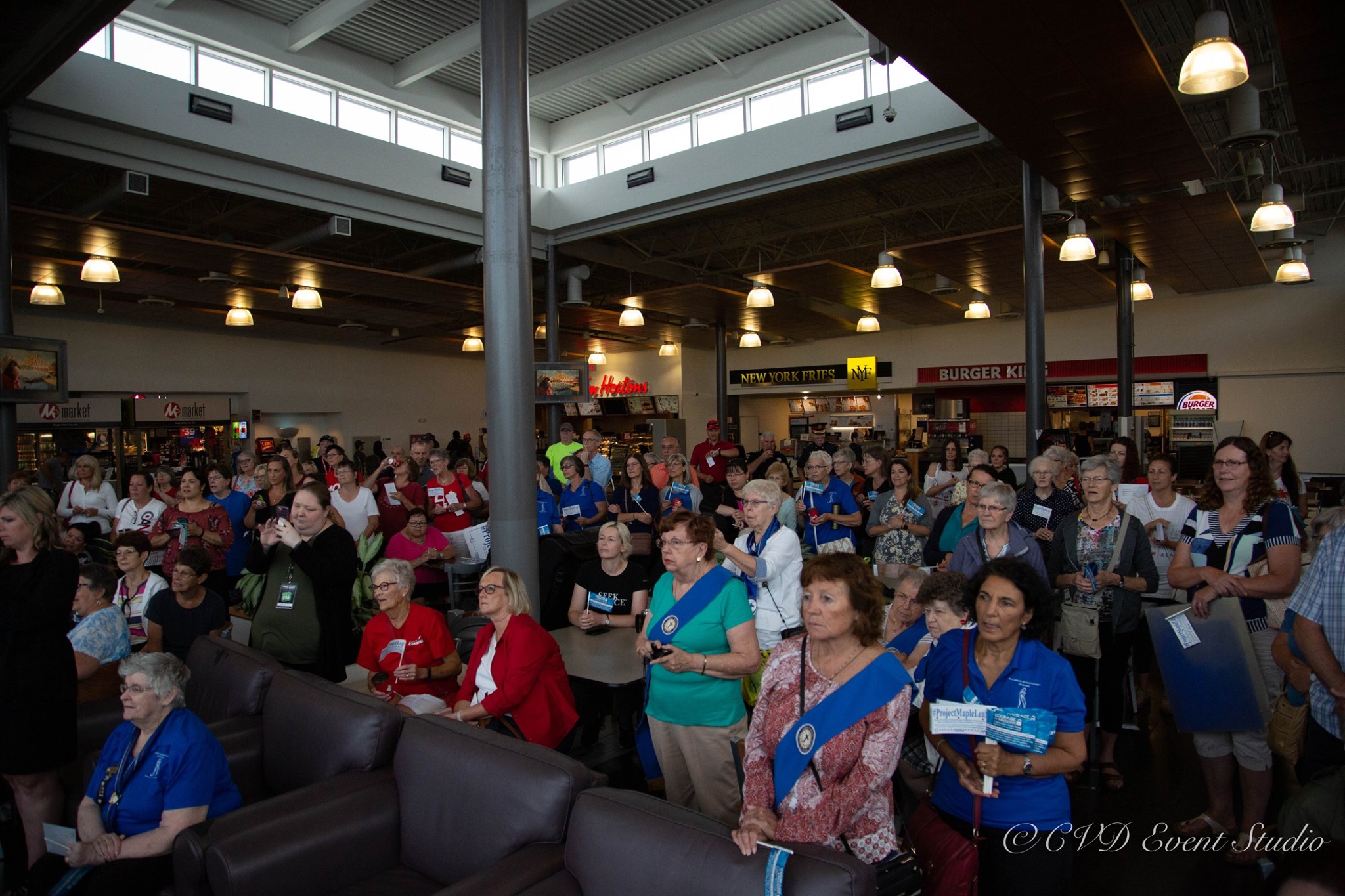 Our hope that by raising awareness we directly help trafficked individuals by Canadians reporting potential criminal activity. We hope this potentially increased reporting will lead to arrests of traffickers. We also hope that by raising awareness,  young women and their families will become more cautious and send a message to traffickers that Canadians will not tolerate this immoral criminal behaviour.

Our Mission – The Canadian Federation of Business and Professional Women’s Clubs (BPW Canada) develops the professional and leadership potential of women in Canada through education, awareness, advocacy and mentoring within a supportive network. Our Vision – To achieve a just and equal status of women in all levels and areas of society where decisions are taken in true partnership with men, based on mutual respect, for a more balanced and peaceful world.